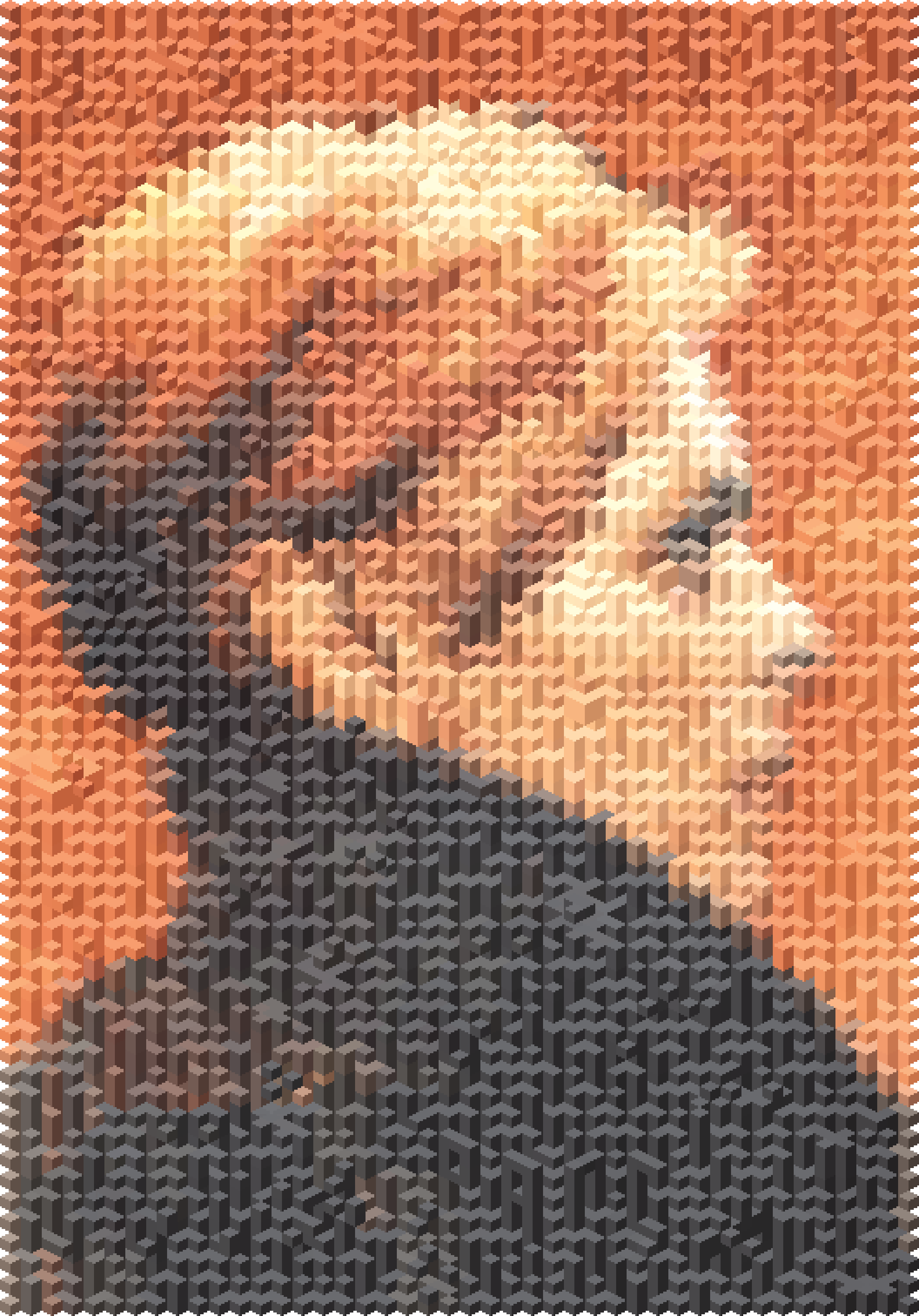 My pixel interpretation of the album cover 'Low' by all-time hero David Bowie, made in december 2002.

It was part of an exhibition of paintings of David Bowie called Up the Hill Backwards: The Golden Years of David Bowie. The exhibition in STIP gallery, run by internationally acclaimed tattoo artist and painter Henk Schiffmacher,  shows work by seventeen Shoparound artists who have all chosen to represent a different period of David's career, from Sixties Mod to latter day Heathen. In 2004, it was auctioned to raise money for the victims of the 2004 tsunami.

After graduating from the Academy of Arts in Rotterdam and the Hochschule der Künste in Berlin I started my career as an illustrator under the name Panc in 2001. I used pixelart to give shape to my creative vision. I worked for editorial magazines, advertising agencies and television.

I will only submit NFT's based on work I made during my pixelart career between 2001 and 2008, keeping it authentic.